The Paradise Theatre is located at ‪1006 Bloor St W (at Westmoreland Ave on the northwest corner), in the Bloorcourt Village neighbourhood of Toronto.

Built in 1937, this gem was designed by architect Benjamin Brown in magnificent Art Deco style. There were over 640 seats in the theatre along with a balcony. The two-storey, rectangular building features a number of heritage elements. This includes the exterior buff brick cladding with cast stone and brick detailing. Projecting over the main entrances is a rounded-corner marquee. That similar style is also seen in the wing that extends along the Westmoreland Ave side.

On the lower storey of the south facade, the outside box office is flanked by two main entrances, each with terrazzo floors displaying geometric shapes. The second storey features rows of narrow stone quoins along with five flat-headed window openings, each with stone detailing. Above two of these windows are elegant cast stone pilaster strips which wrap over the centred parapet.

Changes Throughout the Years

In 1957, the theatre changed ownership and became the Paradise Kino, showing German films. In 1966, a local Italian family purchased the theatre and called it Nuovo Cinema Paradise. The Italian theatre screened unsubtitled Italian movies. In the 1980’s, the family leased the building to an adult theatre chain and it was renamed Eve’s Paradise.

In 1990, the Paradise became part of the local Festival Cinemas chain. They screened repertory and arthouse movies in a few of the single-screen theatres around Toronto including the Fox, Kingsway, Revue and Royal. In 2006, the chain shut down, closing Paradise Theatre. One year later, the building was given heritage status.

In the early 2010s, Paradise Theatre was purchased by Moray Tawse, owner of Tawse Winery. Mr Tawse hired Toronto-based firm ERA Architects, which specialize in heritage conservation, to restore the neighbourhood landmark back to its former glory. Since some of the theatre’s architectural attributes were lost over time, the architects relied on historic photos as well as researching similar theatres of the era. Some of the updates included:

Since its completion and re-opening in 2019, the Paradise Theatre has won awards for restoration from the Architectural Conservancy Ontario and the Canadian Association of Heritage Professionals. 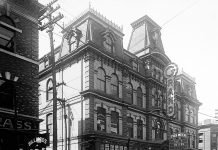 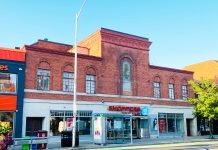 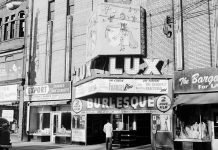